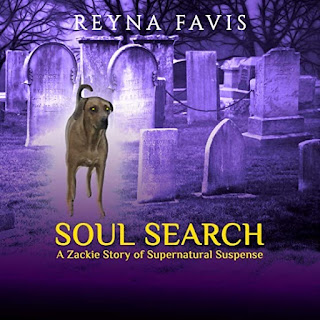 Reyna Favis plunges us into the mind of our narrator, Fia, as she flees from a seven-year-old ghost boy. Just as she is about to make her escape, the ghost boy grabs her hand. Trying not to cause alarm in the man with her—who can’t see the boy—Fia tries to shake him off. When the boy refuses to let go, she attempts to blast him with her mental powers. Enter Zackie, a psychopomp who has taken the shape of a search dog. (Don’t know what a psychopomp is? I didn’t either. It’s a mythical creature who ferries the dead to the next life.) **Spoiler alert, psychopomps don’t like it when you fight their babies.**

Favis is laying the groundwork for a series in this book. Her characters are fleshed out well, so you don’t feel like they’re lacking. However, there are allusions to pasts that aren’t fully revealed. Fia doesn’t know who her parents are, and her foster parents assumed her visions of ghosts were symptoms of schizophrenia. Cam, the British man who “handles” (I use that term very loosely.) Zackie is mentioned as the first male in his family to possess the qualities of a sibyl. Zackie has a long history, stretching back centuries, mingled with the folklore of the Appalachian mountain people. Lucas, the star of a tv show about ghosts, also has unfinished details that make me think he could show up in the next book. The main story, the cleansing of a house where a gory murder spree took place, loops around to other events and two other sibyls (Parmelia and Bodean). These two will most likely make a reappearance as well.

Now to the gritty rating part. We’ll start with the narrator. Favis sent me a copy of the audiobook, and I had to give the narrator top marks, which I rarely do. Eleanor Caudill speaks clearly, which is essential. Her accents are probably not perfect—the one she used for Cam made me chuckle a little, but if I grant her the same courtesy as I granted Favis and see her as an extension of Fia, she fits. It’s exactly what Fia would sound like if she tried to imitate Cam for us. So, this audiobook was perfectly cast.

I have to give Favis five stars for her character development. As I said before, she manages to provide a great deal of detail about each character without being overwhelming. While Fia can come across as an almost coarse, devil-may-care type of character, Favis makes us sympathize with her since her fear of the dead is a result of her childhood in mental hospitals—which overflow with desperate dead people. Fia feels real because her reactions to ghosts—whether you believe in them or not—are the same as ours would be. (If a homeless spirit grasps your ankle, you don’t ask what peace he’s seeking, you kick at him and run away.) Cam’s character comes across as a bit snobby, but he develops into a very layered character who prefers to keep a cold exterior. It’s safer. It keeps people at arm’s length. Lucas’s character developed most of all, from the punky star of a show to a desperate man trying to save his dying wife. These developments take place through conversations and through Fia’s realization that people don’t always match her perceptions of them.

I also have to give Favis five stars for story intricacy. Even though I preferred not to deviate away from the house cleansing—because a three-year-old ghost girl with a bashed-in head chasing construction workers is more than terrifying—I did realize the importance of setting up the rest of the series. Favis grounded her story in her experience training search and rescue dogs, so the storyline (minus the ghost part) is very realistic. When you read the details of being cold and hungry, scrambling through bushes, following a dog, you can tell that Favis has done those things.

One of my biggest pet peeves in action-packed books is the continuity issues where suddenly they find a flashlight the minute they need one, or somebody suddenly stumbles across a clue that nobody would’ve possibly noticed. (What is it with the dumb guy always accidentally finding the answer?) Favis had none of those issues. Fia and Cam work for SAR. They carry the compasses, the flashlights, the radios, the snacks, and anything else they might need. It turns out the equipment used to find living people works just as well when hunting dead people.

·      Sexual Content—1 of 5: Characters discuss a case of a child being molested. Otherwise, there was very little  sexual content.

·      Violence—5 of 5: There were several cases of violence, which should be expected since ghosts tend to hang around scenes of traumatic experiences.

·      Language—3 of 5: There were a few words, but not an overwhelming amount. (I might have even said a few of the words myself…like when that dead boy grabbed her hand. Favis wrote it in first-person, so I imagined cold fingers touching my hands for the rest of the day.)

·      Thematic Elements—5 of 5: There were many thematic elements.

·      My Personal Rating—5 Stars. This book is an excellent  example of why I read books from new authors. Sometimes you find an incredible book that sends you scrambling to buy the rest of the series. (Side note: The fourth Zackie book comes out next year, so I went and bought the others to make sure I’m fully caught up when the new one comes out.) I will  read Soul Search again while I’m at it.

The beauty of this book is that it moves at breakneck speed. Usually, that means details fall through the cracks, and characters are shadows instead of flesh and bone. Not in this case. Favis handled each detail brilliantly.

I want to say so much more and talk about all of the details that made this book truly amazing, but, if I tell you, it will ruin the element of surprise. Let’s just say that I’ve read many ghost stories, and Favis still managed to surprise me. Maybe later in 2021, we can do a full episode on this book complete with spoilers. Until then, read it yourself and meet me back here, so we can talk about it. 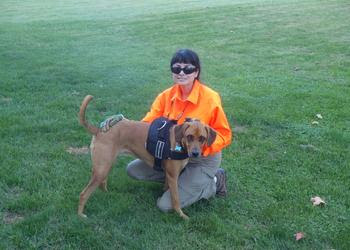 Until then, check out Favis's website to learn more about her. She is an amazing person. You'll find this picture on her about page. Her bio reflects her wit and her amazing writing style.
Seriously, check it out: Reyna Favis | Author

Jayna Gerhart is a bookworm who lives in a house full of boys. When she's not tripping over hot wheels or drowning in laundry, she is reading about maternal mental health or studying for one of her classes. She is pursuing a bachelor's degree in psychology with the goal of dedicating her life to research.
Audible Book Book Review Books Eleanor Caudill Fiction Jayna Gerhart

Popular posts from this blog 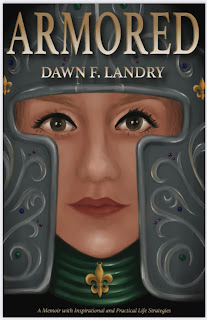 No one prepares you to walk alongside your spouse as they suffer from any sort of long-term illness. You receive an overwhelming amount of information, the stress keeps you from sleeping, and somehow, you are supposed to continue doing the day-to-day activities like you are 100% fine. Enter Armored by Dawn F. Landry. This book is the memoir of Dawn’s journey alongside her husband, Daran, as he battled (and beat) cancer and as he recovered from a massive stroke. It is a testament to their faith, their passion to encourage others during their own trials, and their resilience. In this book, caregivers will find advice on how to advocate for those in their care—how to make sure that they are supported and encouraged during their illness. There are tips for setting boundaries and providing emotional support. Best of all, there are tips for organizing all the information from the various health professionals that they deal with. (Dawn even offers free printouts for y
Read more 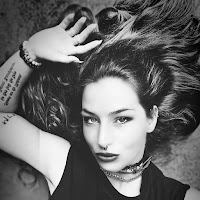 Cory Cowley is on her way to great things. Even though her review fell to Aarika, and Aarika has had the majority of contact with her through her review process, I have found Cory to be a very interesting person. She seems to be such a queen of darkness on her Instagram, so I will admit that I chuckled to find that she is really a giant nerd. I don’t know what I expected. The Queen of the Night? Maleficent, the dark fairy from Sleeping Beauty ?  We reached out to her with some interview questions, because she is fast accumulating a cult following. She’s breaking into Amazon’s top 100 Horror books as well, which is no surprise if you read over the reviews, which reinforce Aarika’s glowing review. (My favorite: “Heaven and hell have similar addresses.”) Someday, I’ll write up a transcript of what Aarika said during the week we did this review. It looked a lot like: “Jayna. Jayna. JAYNA! OMG! THIS BOOK!”  With the introduction out of the way...I present to you the exclusive Two Bluestoc
Read more 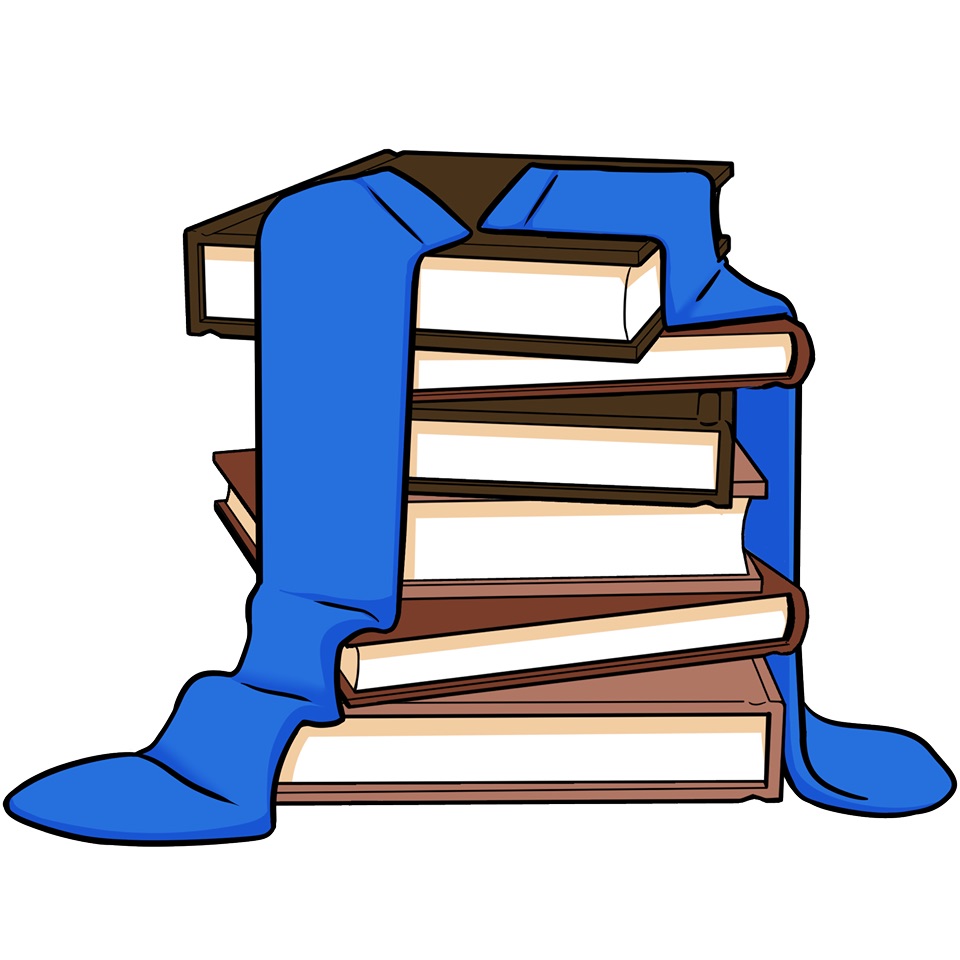 Three friends who get together to talk about books. Two read (Aarika and Jayna a.k.a. The Two Bluestockings) and one does not (His name is Chad, and he calls himself: The Awkward Red Sock). Together, they drink wine and discuss psychology, symbolism, maddening endings, and the possibility of being crushed by their TBR piles. Each week, Aarika and Jayna pick one of their favorite books and challenge each other to read it. They also take suggestions from listeners. It's a really good time. You should come along!

You Know You Wanna

These are Amazon Affiliate links. If you purchase through these links, we will receive a small commission. This does not affect the price for you. Thank you for your support!